Here is an option you can employ to engineer a big-odds tradable bet with a strong chance of coming in.
I’ll take you through an example from earlier in the week…

It was predominantly a Cup week this week. CSKA Sofia were playing in the Bulgarian Cup and were at 1.12 odds. Panathanaikos were 1.3 favourites in the Greek Cup. Antalyaspor were 1.39 favourites in the Turkish Cup.

I have mentioned before the importance of in-play stats (www.flashscore.com or www.williamhill.com are the two best free resources). All three favourites were utterly dominating the matches with their shots on target, shots off target and corners.

As you see above, two teams were losing and one was drawing.
Here is a way you can turn these short-priced favourites into a double-figure odds bet (which you can trade out in play).
Head on over to the Sportsbook at Betfair. Back these three teams in an accumulator for the second half. The odds were 11. Those odds of 11 are tradable and will react to any goals or cards in the second half.

Here is a look at how these three matches unravelled: 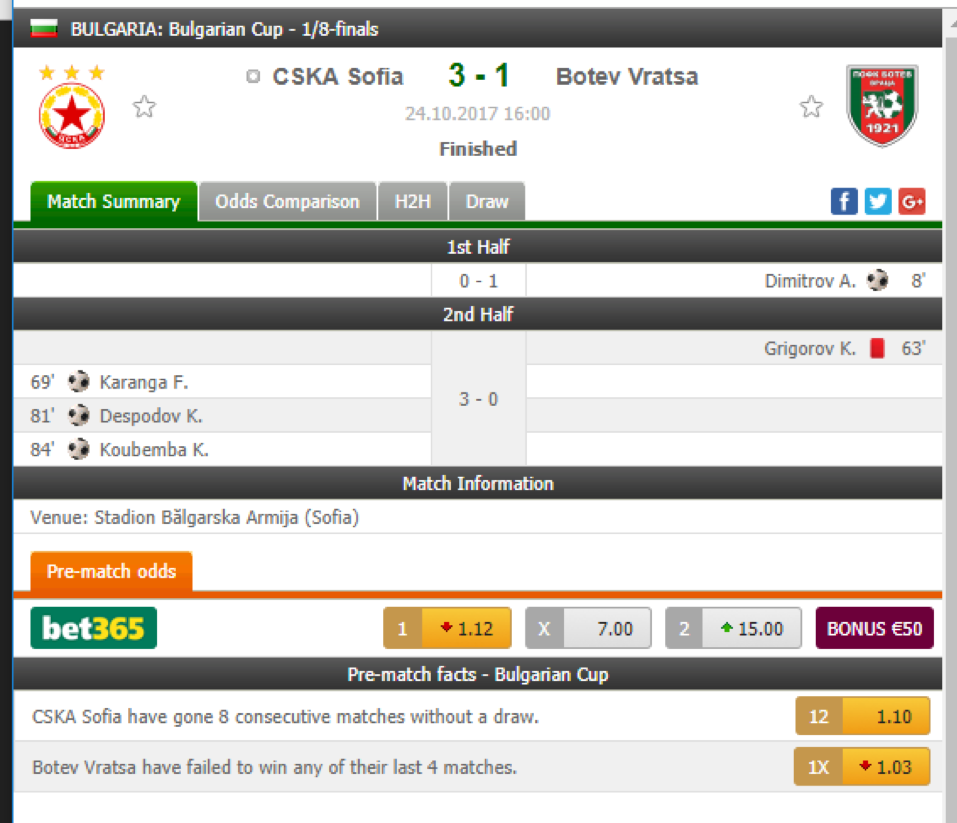 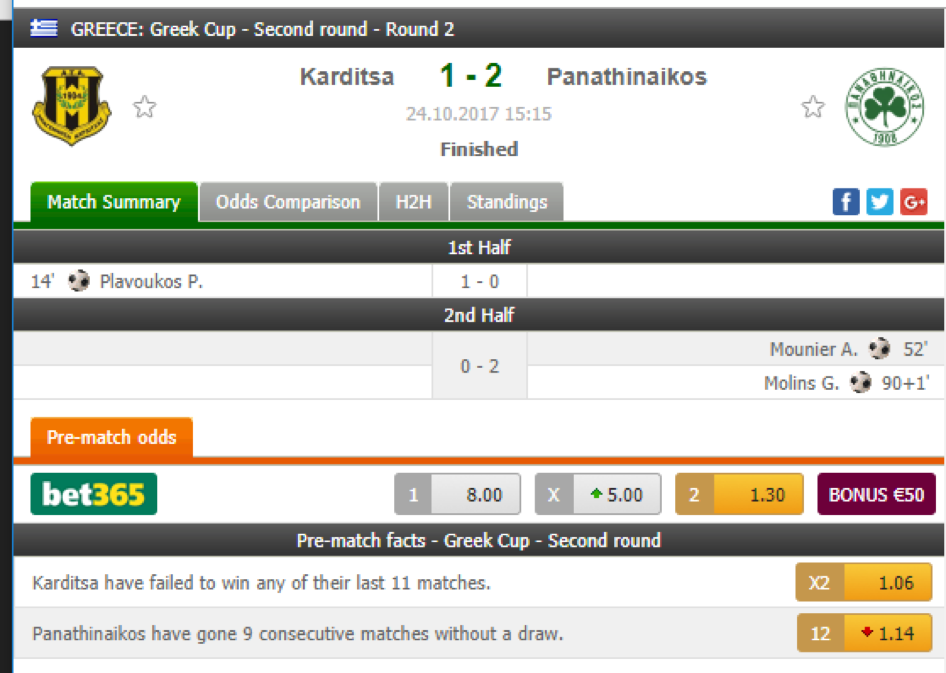 Panathanaikos got busy in the second half and won 1-2. 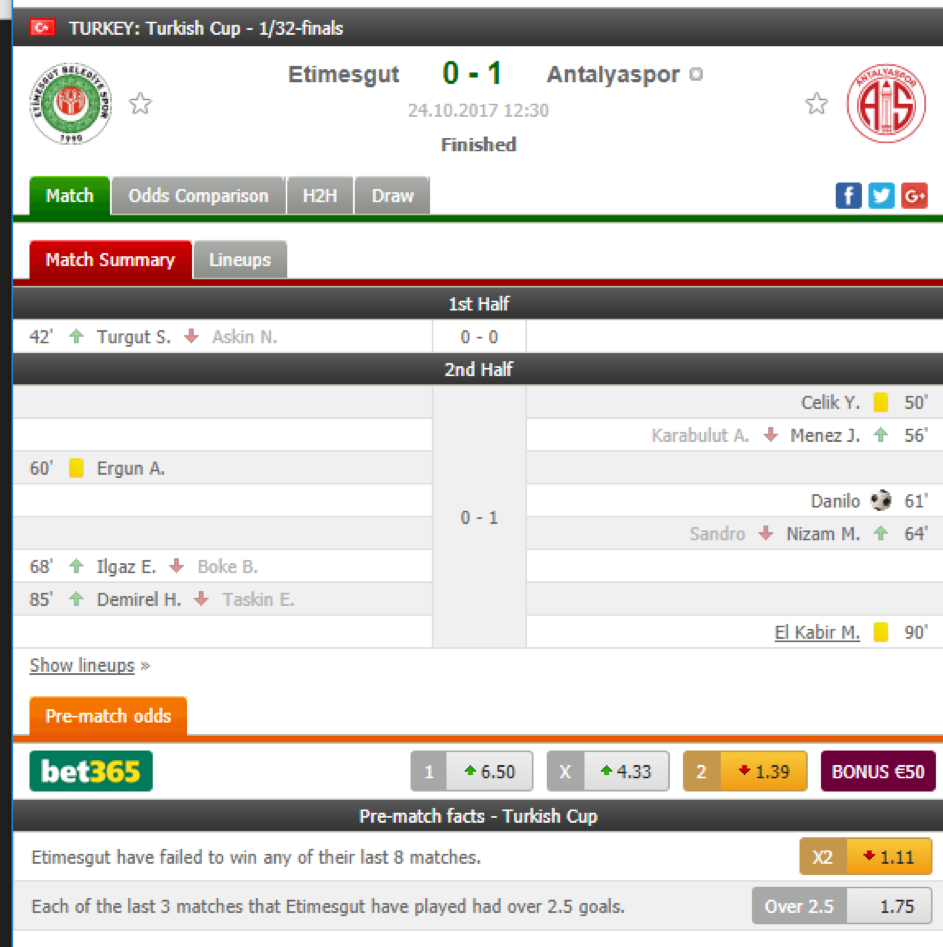 During this weekend’s live chat I may put forward an in-play accumulator or two, especially with halftime scorelines with the following factors:

1) In play stats which show that the favourites have dominated the matches despite the scorelines.
2) Matches which are backable in the Betfair Sportsbook which enables a ‘cash out’.
I hope to see you for a live chat or two this weekend, and maybe an in play accumulator? The one above came in.