What do today’s teams Lille, Ajax, Benfica and Atletico Madrid have in common?

They all have upcoming Champions League matches.

As I reported last eletter, you’d better just factor in the Champions League if any of these 4 teams start playing Keystone Cops football.

In this first example above, Benfica play Bayern Munich on 20th October 2021. In their league match prior, they lost, at home. And in the following cup match, it was a draw at full-time. Both of these matches were expected wins for Benfica.

In this second example, it’s the second leg against Bayern Munich. It proved too much of a distraction for a Benfica drawing only with lowly Estoril in another match in which they were strong favourite.

This 3rd example sees Benfica lose, at home, to Sporting Lisbon prior to a Champions League match. 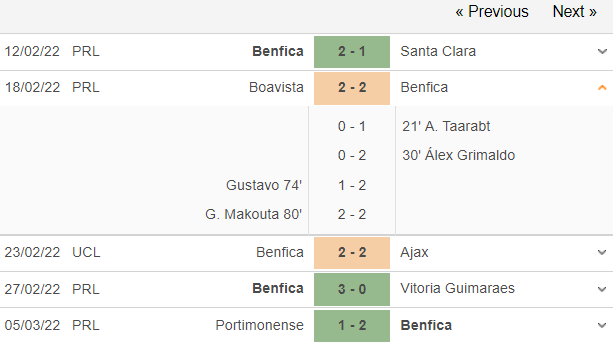 And more recently, with Ajax on the horizon, Benfica let a 0-2 lead slip .

So….what do you think might happen this evening in Benfica’s home match v Vizela?

Would a surprise result surprise you?