Barcelona… it was the first time that we met…

What a superb Champions League comeback mid week from Barcelona at home to Paris St-Germain. It was also an excellent DRT match if:

One DRT’er certainly did that.

In this second-leg match, Barcelona had a 4-0 deficit to overcome. This being a two-legged affair, there was the small consideration of the away goals rule. If PSG scored an away goal, that may as well have been game over for Barcelona.

Or at least that’s what the market thought.

And the market gets it right all of the time, doesn’t it? (He said sarcastically.)

Remember the two bullet points above. Take an opinion, and stick with it, come what may!

PSG scored that away goal.

Our Intrepid DRT’er went off to investigate.

Barcelona had already scored three goals. So they have proven they have the goals in them. Surely they can score another three?

Laying at 1.02 odds is tempting enough to find out, isn’t it?

The rest, as they say, is history. 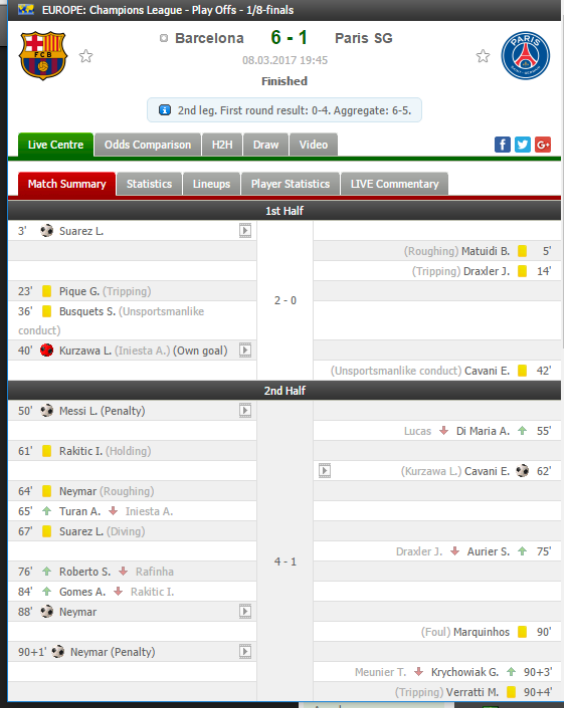 Heck, the Barcelona manager didn’t even have to use Freddie Mercury or Montserrat Caballe who were on the bench!

And within this match is another kernel of DRT truth.

The big profits are there if you take an opinion on a match, and you stick with that opinion come what may!

Isn’t that what I do with each live chat?

Nil-nils at halftime in matches where goals were expected: stick with our opinion that there will be goals in the second half.

1.17 odds favourites and shorter. Our opinion? These favourites should score 3 or 4 goals at least.

If the match is 0-0 at halftime, stick with our opinion! Back 3-0, 3-1 and any other home/away score, based on whether the favourite is playing at home or away.

Look out for this at the weekend live chats if you are attending.

There are some matches where I will have a strong opinion. If the match is not unfolding as per my strong opinion, I will stick with my initial thoughts until the end. Oftentimes, we are rewarded.

See you over the weekend!